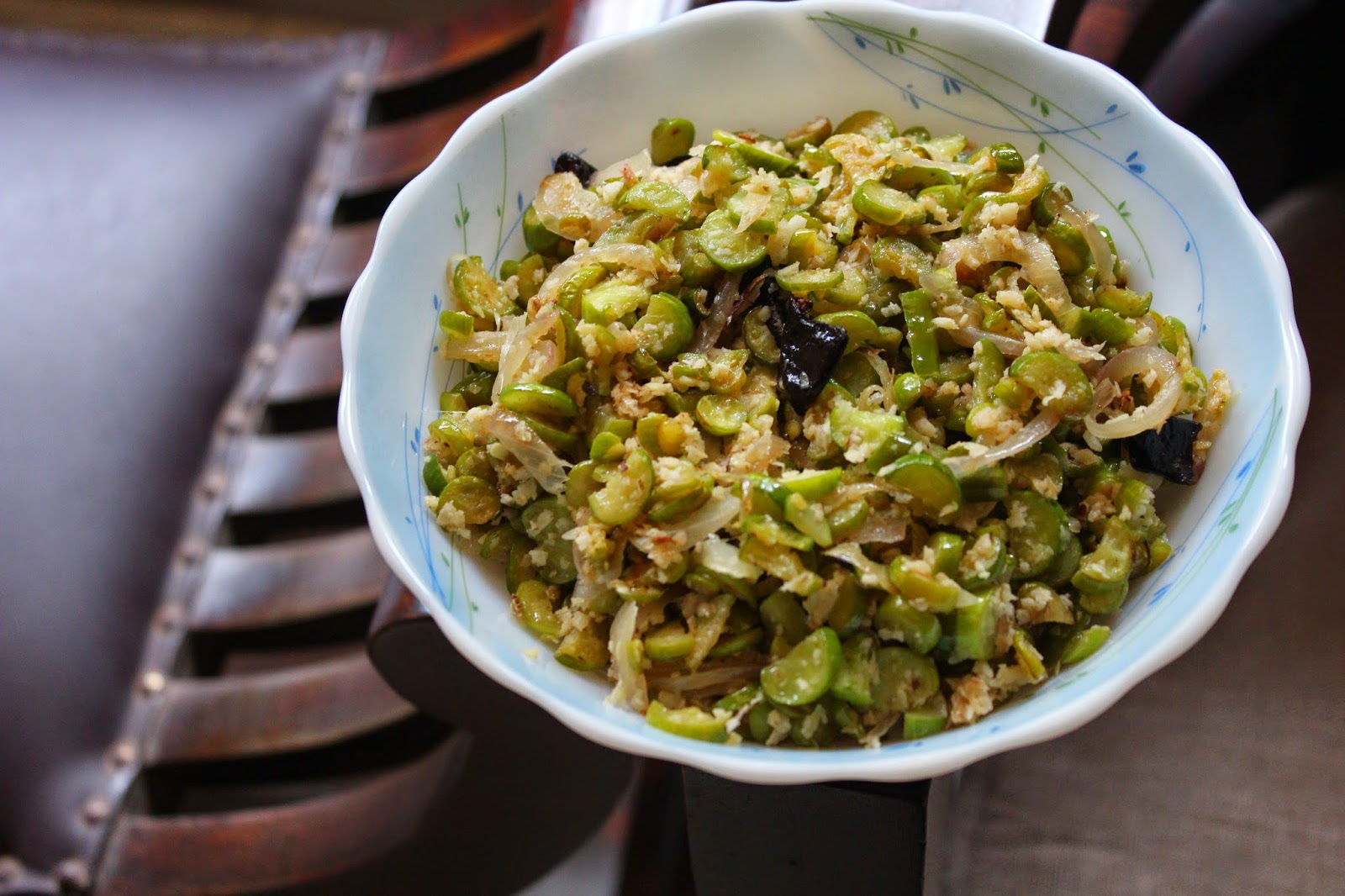 It's more than two weeks we are off rice and roti. Oh we did have our weekly indulgence this weekend of rice and curry but thru the week we just cannot take rice and roti. When you don't eat main carbs then the sides or bhaaji too have to be less on spice. So our aamtis and bhaajis are all toned down this summer.

Today while making Chavali and Tondli bhaaji I realized I had 0.5 kg of bhaaji which was too much to be used along with Chavali so I thought I'll make a nice stir fry. If it is the same vegetable my Dad and me would not like to eat it in the same meal, I guess even you wouldn't like it.

I also was generous with the onions so that they would lend a sweetness to the savory dish. I had coconut on hand but did not want to sprinkle fresh grated coconut as we normally do. I wanted to bring out the nuttiness of coconut. Then I just thought since I am making this as a light bhaaji with no other spices but 2 green chilies for heat why not add 2-3 pieces of kokum or amsool to it. Coconut and amsool have a love bond. So I did. What I got was a really lovely salad like clean flavoured bhaaji which can be enjoyed on its own.

Since its so simple and I just cooked this up by fluke choices thought I will post it here. Well once I make something so good I am going to make it again many times. May be you too want to make it.

Heat oil in the wok and add the asafoetida. I know the recipe has onions but I like extra sulphur from asafoetida in simple recipes. Add the onions, half moon sliced tondli and green chilies. Stir and cook for 5 mins. Cover and cook till almost done and the tondli looks paler green. Add the coconut and amsool. Lastly add sugar and salt to taste and give a nice stir. Cover and cook for another 5 mins.

Serve hot as it is to be eaten as a cooked salad or serve as a bhaaji in your full thali meal.
Posted by Anjali Koli at 10:06 PM

Email ThisBlogThis!Share to TwitterShare to FacebookShare to Pinterest
Labels: Bhaaji