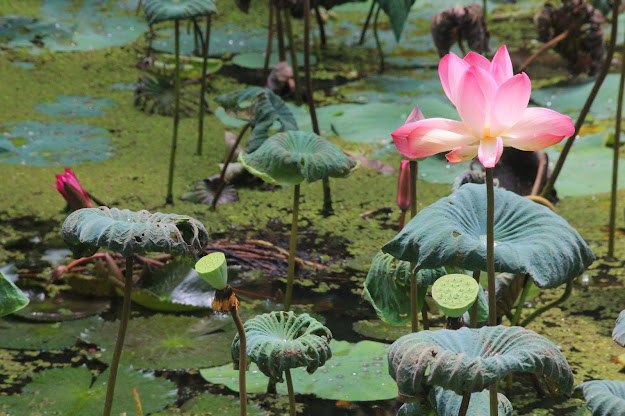 I complete the half mark of life on Earth today. 50 years! I have the संस्कार of spirituality from a young age so I view this time on Earth a sub set of my Universal time. Hence I don't fear death. I have a duty to do in this birth and will do it and leave when I am summoned by the creator.

Reflecting on the life gone by, I had a childhood filled with wonder and fun but that I understand and appreciate now. Adulthood has been filled with struggles being on my own without my Aai actually began when I was 14 that is when I actually became an adult. I have always been a pain to people at home because I chose to do what I want and achieve what I want. I did not subscribe to stereotypes. When asked as the eldest in the family I gave a go ahead to get everyone else married and not wait for me to get married because I wanted a man of my liking. We have only one life here on this Earth and I wanted to live it fullest. Yet not wildly. Now I can say proudly alcohol, drugs and any other recreational poison did not attract me. That credit I give to my family of teetotalers. My Grand Dad, Grandma and Grand aunt enjoyed their tipsy but not their children and they said being teetotallers made them better focused on their path and better achievers. I was hoping to outdo them. My youngest Uncle MJ is a big influence on me. Some very good influence about reading, arts n culture but also some unconventional influence. Now I realize that unconventional is not always good but cannot change it. Frankly it's not a regret for sure but could have been different. Dad has been my constant. It is difficult to word what I feel about him. I am the closest to him.

Arvi and I met late in life after many other suitors in between and a couple that I might have pursued myself. Looking back those relationships would not have lasted because it's hard to live with me. I know it. Arvi had a hard time and so did I but the most beautiful thing he taught me is to be open and talk. We talked all night many times and went to bed at 5 am sometimes. We were lucky that we were at that point in life when we both worked from home and only when we wanted to. Arvi after our initial getting used to was totally in love with me. I know that is the most beautiful thing about our relationship because I may be a dutiful wife but he was the devoted! 💖🌈🌸

My mother's loss to ovarian carcinoma so sudden when she was just 44 that I was traumatized and began believing that I would also live only as much. I believed I will have her diagnosis.

In Jan 2012 when I had the heart incident, I laughed and thought khel khatam 😉 par innings abhi bhi chaloo hai!

After Arvi, this phase is a new kind of freedom like he always said, "You are not answerable to anyone." I am well taken care of by him. Now I will live to contribute to society in my own way. I think I am still alive, not just alive but live this life with gratitude and positivity only because there is some कर्म that is yet to be fulfilled.

Yet more often now I am preparing to leave, like I prepared to live so far. Yeah I have always been a planner sometimes God approved them other times I surrendered to his will. There is nothing morose about it. I don't live in the illusion that I am a permanent resident of the Earth. So I must leave a mark even if microscopic!

What the picture represents?

The meaning of this picture of the lotus pond is very deep. When I clicked it in Ranganathittu Bird Sanctuary  what caught my eye is the various stages of the lifecycle. It attracts me a lot.

Lotus has great symbolism in spirituality. It arose from the navel of Vishnu. It represents highest level of consciousness. The ब्रम्हरंध्र is represented by a thousand petalled lotus.

In the  Bhagavad Gita the human spirit is adjured to be like the lotus; one should work without attachment, dedicating actions to God, untouched by sin like water on a lotus leaf, like a beautiful flower standing high above the mud and water that represent the worldly experiences.
Posted by Anjali Koli at 12:00 AM 4 comments: