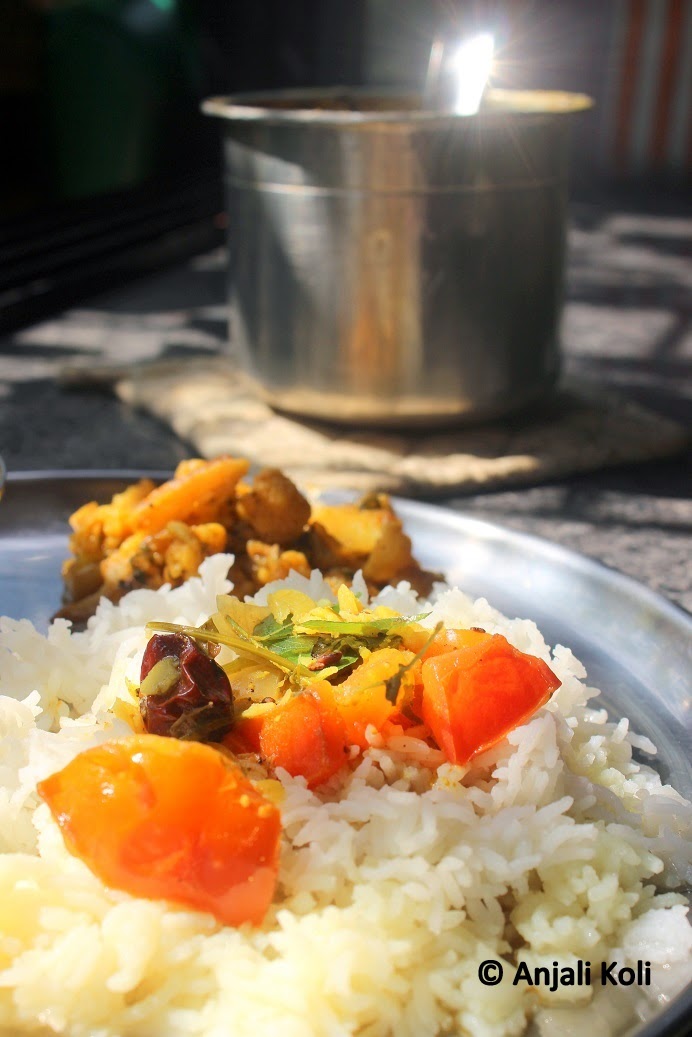 Many years ago, for the first time I read about Eeya Chombu on this lovely blog called Saffron Hut. I was totally smitten by this special vessel. Also since I was at the time living in southern India, I have seen older people salivate at the mention of rasam made in Eeya Chombu.

I did a bit of research to find out more about this now elusive utensil. It has almost disappeared from today's Tamil households. In Tamil Nadu this vessel was known to be the most prized utensil in homes and catering businesses. Paeans were sung about the Eeya Chombu rasam at many home dinners and wedding dinning halls. 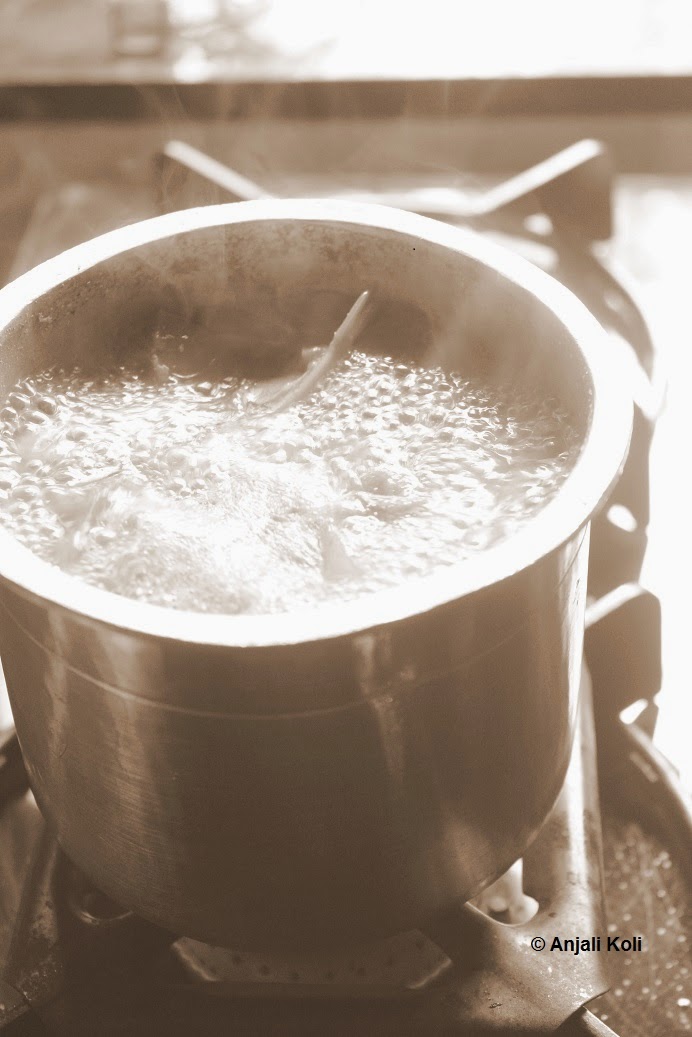 What is Eeya Chombu?
It is a vessel made of tin. Tin has a low melting point of 232°C. Therefore using this in the kitchen needs dedication. You can never multi task when making rasam in this vessel else if the melting point is achieved you will be left with a mass of shiny silver metal and the burners flooded in rasam. The secret to this rasam is as much the dedication as the metallic sweet taste imparted to it. It is always first filled with the ingredients of the rasam before it goes onto the fire and that includes water too. It is due to the low melting point of the vessel the seasoning is done in a separate utensil and added on top in the vessel filled with boiled rasam.

Tin is a soft metal and dents easily, especially when it is hot. Due to these properties of the vessel it has faded out from the Tamil Kitchens today. Not to mention it is also expensive. It is believed that in the hay days this vessel saw spurious manufacturing, instead of the pure tin an alloy containing lead was used to manufacture it. This lead to many cases of fear mongering that the Eeya Chombu rasam is toxic. When infact many generation of the Dravids have burped on a meal of rasam sadam.

Two years ago I requested a colleague and friend, Ramesh Babu to go looking for it in the Chennai markets. He though a married man of few years had no idea what I was asking him to look for. He asked his wife and then his parents. It is his parents who smiled at the mention of an Eeya Chombu and shared with him their memories of a wonderful rasam. Ramesh then scoured the old markets, checking out many a shop and many a shapes. Then finally we decided that for a small family 1 litre utensil was good enough and he bought two, one to send for me and another for his family. This size is the best as the wedding caterers will never tell you their secret, they immerse a small sized Eeya Chombu to achieve that fantastic taste in huge pots of boiling rasam! That way they don't need an expensive huge vessel for rasam making for large quantities

The Eeya Chombu arrived in the courier and ever since I have been enjoying the occasional Eeya Chombu  rasam but it took me time to show it to you here, better late than never. This post got a push as two products in the Traditional Kitchen tools category on the AnnaParabrahma Eshop are selling like hot cakes. The greasing brushes and the wooden mashers. This is also a reason to start a new label here on the blog for the Traditional Kitchen. Hoping to post about more such old world charms that need revival. 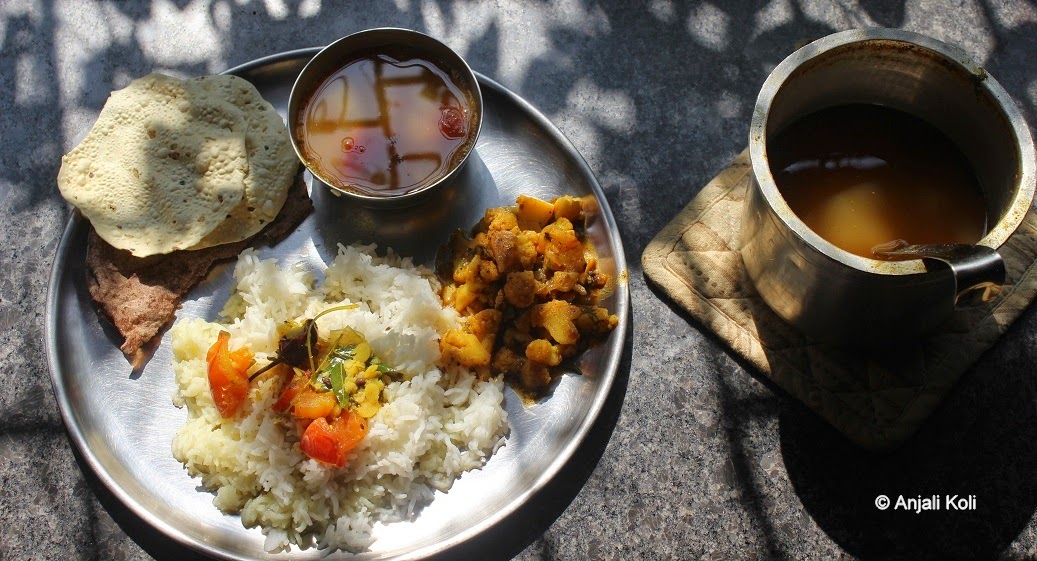 These days we rarely see comments on blogs even though people are reading them. Yes I know the conversations are happening on FB and twitter but nothing like a comment on the blog to tell me you love my work. Drop a line or a question and I will definitely reply to it, promise.
Posted by Anjali Koli at 12:20 PM