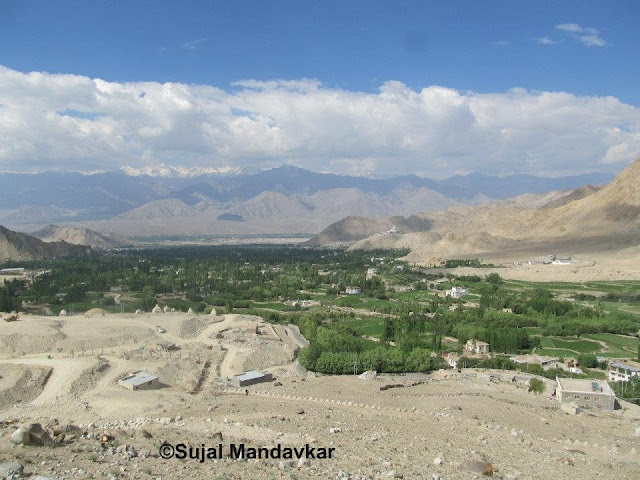 This picture of Nubra Valley is taken by my nephew. The Jardaloo in this post were grown here.

Last year in July, M Vahini and family had gone to Leh-Ladakh and they came back with a big packet of Jardaloo for me. They were very dry and impossible to snack on the the flesh without fracturing your teeth. Not very happy, I stashed away the packet in the fridge. Its been months in there, every time I looked at it I felt sad that they were getting fridge burnt!

To my rescue came ET, she had made an ice cream with apricots. If you remember this post was also inspired by her. I love her desert ideas. So I decided to make some ice cream too. Yes at first that's all I wanted to make, then on second thought I was inspired to make a curry with Jardaloo as the star ingredient so you saw the Jardaloo Chhole post. 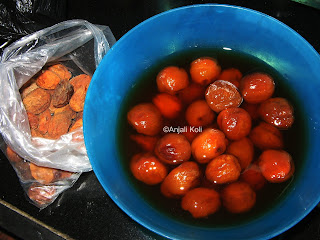 It all began with soaking some 40 plus Jardaloo in hot water. Yes I know that's luxury but I wanted to get rid of them so saved a few but literally emptied the pack for soaking. I poured about 600 ml hot boiling water over those 40 and let them soak in the bath for almost 8-9 hours.

Sneaking on a few to taste as they soaked and used about 7 of them in the Chhole. By lunch time they were still not soaked till the seeds. Yet after the entire day under water a slight squeeze and the seeds just popped out clean. 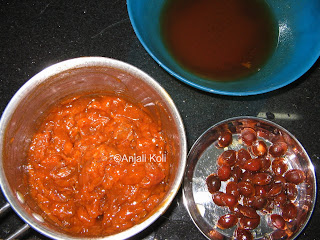 The water in which I soaked the Jardaloo looked brownish and thick with the juices. Of the 600 ml water what remained in the bowl was about a little more than 200 ml. It resembled my favorite summer cooler. Ah! but I am not telling everything in this post come back again to see what I made.

With clean washed hands I mashed the flesh. I don't like using the blender as it destroys the natural fiber in the fruit and it does affect the taste. You must be wondering what I did with the pulp? Of course I made ice cream! Promise I'll show you pictures. The color is beautiful and right now in a tub and chilling in the freezer. 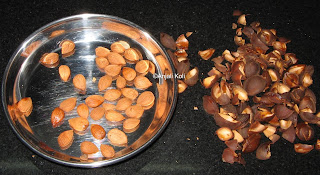 The seeds that you popped out are not to be discarded. Crack them up with a pestle carefully and you will be rewarded with kernels that taste like almonds. I checked out a few for bitterness. They tasted good with no trace of bitterness. The rest are saved to sprinkle on the ice cream servings.

Now you must be thinking I ate the shells too. No no, I did not eat them but you know me. I don't waste anything and I upcycle a lot, so the shells went into the Brahmakamal pot which was showing receding planting soil. Remember next time shells of any nut can be mixed with planting media to give it some aeration and texture.

Now do you agree Jardaloo has Jadoo in it's name itself! It's magic!

See the complete magic of Jardaloo now!
Posted by Anjali Koli at 12:46 AM