Parsi Patra Nu Bhonu, Its A Pangat Too 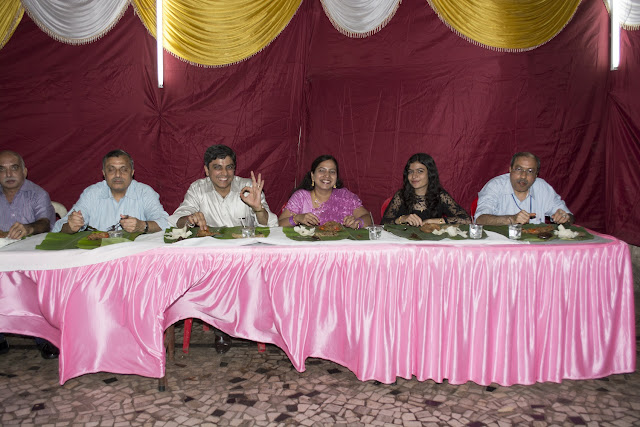 Oh yes! If the Maharashtriya love their pangat the Parsi love theirs too. I got to to know this only at our reception. Like we Maharashtriya call the 'kelichya paanavarche jevan' the Parsi call theirs 'Patra nu bhonu' which is a meal on banana leaves. When the meal is served to people sitting in a row by many servers its called a Pangat.

So a Pangat it was from the Parsi side too. I smiled at the common love but if you thought the menu would be similar you are wrong. A Maharashtriya kelicha paan traditionally has only a vegetarian menu as you saw in my pangat. While it may shock those who don't know that Parsi bhonu is all the way non veg even though it is eaten on a banana leaf. It would be sacrilege for the Maharashtriya.  But then if you have eaten the bhonu once especially if its by Tanaz Godiwala then you que up for it!

AC's family has always had bhonu catered by the Godiwalas, whether it was for my SIL's marriage or the Niece's Navjote. This set is his favorite, he was obviously careful about choosing for our wedding feast. He joked that a Parsi decides to attend the wedding only if the invite goes with a message that Godiwala is catering :) ;) 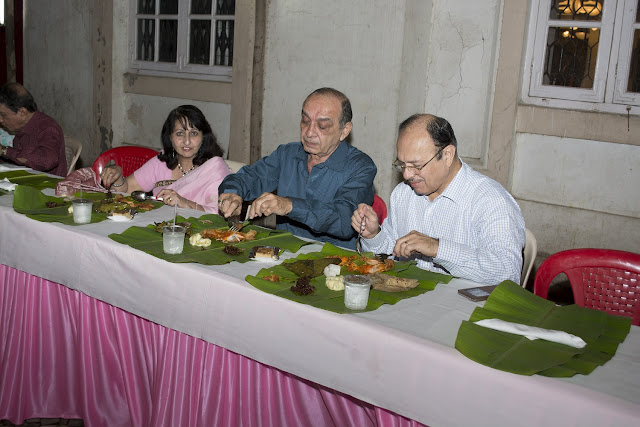 The bhonu starts with gajar mewa nu achar, saria and rotli then come the chicken farcha, followed by parcels of Patrani Macchi, Lagan nu custard after this the mains of Mutton pulao and dal.
Starters

Golden fried prawns ***** AC simply gorges on these at every chance but he could eat only a few at our own reception. If my nose could talk it would say they smelt delicious as they fried when I was changing into my lacy white in the Vanity room.

The ratings are on a scale of 5, mostly by AC and I have added my comments too for some that I tasted. 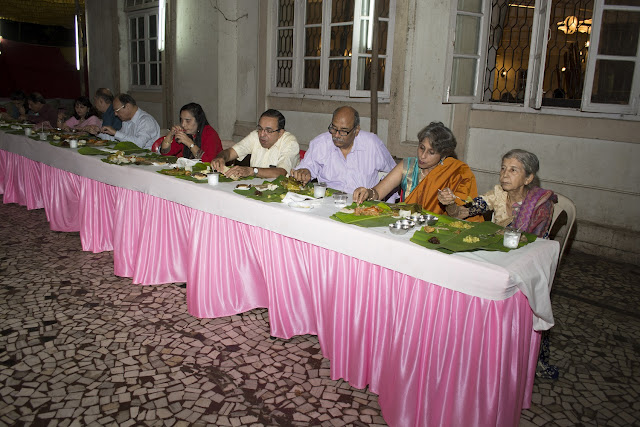 The caterer sent us a huge thaal loaded with some leftovers and a week's stock of custard for 2. Which AC enjoyed every bit. I was glad I was not cooking for our first week into marriage! 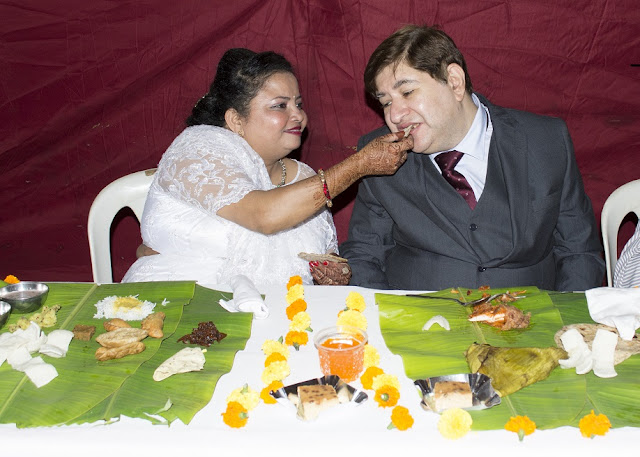 The squares of custard are small, I say! You see the patrani macchi, chicken farcha, saria, rotli on his leaf.

Did you notice that people are happier with a shorter menu of Non veg meal while the Veg meal is so much more elaborate and vegetarians like to dip their fingers in more no. of things?
Posted by Anjali Koli at 4:21 AM