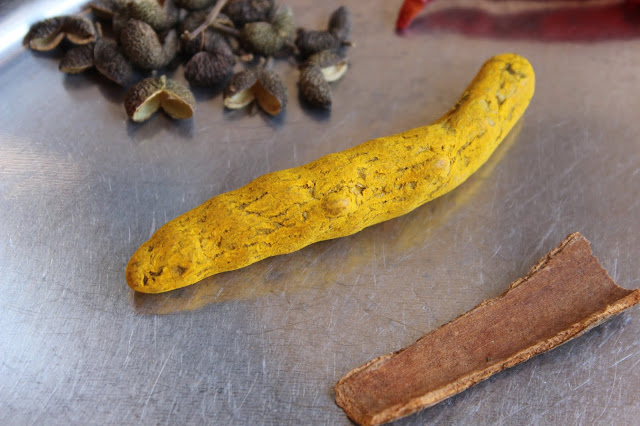 Spice No.2
Haridra in Sanskrit more commonly Halad, Haldi, Haldar, Manjal. Native to Bharat and most species of Turmeric exsist in the sub-continent. It is a rhizome and not a root which is used fresh or dried and powdered. Turmeric has always been the most accessible spice to everyone in Bharat. It was grown in the backyard of every home through ages. While it was used as spice in food it had great importance in Ayurved too. A lep of turmeric and phatkiri (alum) is the most effective for bruises and cuts. Turmeric being antibacterial worked well to preserve food, heal the gut and any inflammation, whether internal or external. Besides it made the food appealing with the bright yellow color. The fresh turmeric is sliced and made into a seasonal pickle with a squeeze of lime n salt and some green chilies for heat. If you are from the Kokan you are familiar with turmeric leaves used in en-papillote fashion to steam rice and jaggery sweets and fish too. This common usage gave it important place in worship and lifecycle celebrations. 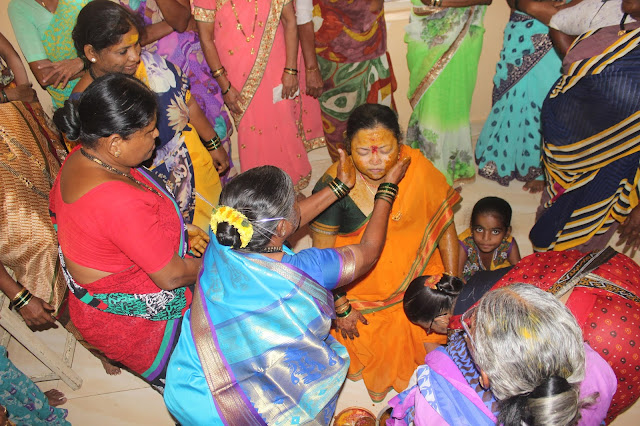 We know the beauty routines of Haldi chandan uttan or packs of Turmeric and sandalwood which were of daily use. It is well in practice that a Hindu is given haldi treatment twice in a lifetime at the time of wedding and on death. In worship Haridra - Kumkumam (which is made from turmeric) were indispensable. Many are aware about Holi as the festival of color. In Maharashtra we have other festivals of color called Champa Shashti when Khandoba is worshipped and Turmeric is showered by devotees. The turmeric represents gold. It is also showered as a healing medicine on Khandoba as a celebration of his victory after killing the demons Mani-Malla. Another is Somvati Amavasya when devotees celebrate the wedding ritual of Khandoba with Mhalsa by showering turmeric. 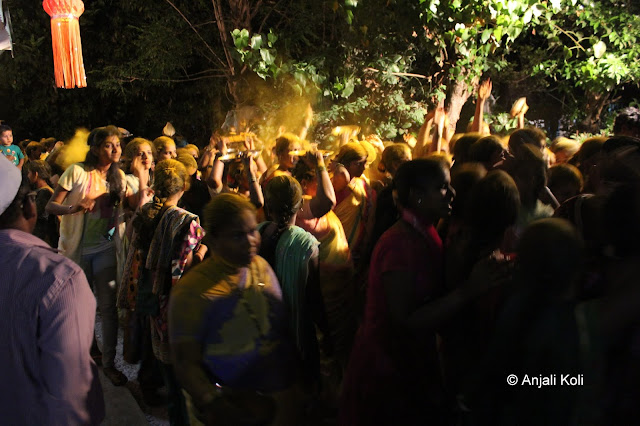 The US Patent and Trademark Office had granted a patent to two persons of Indian origin. However CSIR fought the legal battle to revoke it. The usage of turmeric in our food and its application in wound healing has been used through centuries and it is native to India so it lacked the novelty factor for patenting. This was a big victory for India.
There is documented evidence that the first curry had fresh Turmeric in it. We know of the trends that swept the western world with sudden wave of Turmeric latte which is our ubiquitous Haldi doodh that grandmother's gave us when our throats were itchy with cough n cold. Amul has canned it for the young generation to make it Kool. One brand even has an turmeric icecream!
You are on a #MasalaTrail with Anjali Koli. See you in the next post.
Posted by Anjali Koli at 7:14 PM

Email ThisBlogThis!Share to TwitterShare to FacebookShare to Pinterest
Labels: MasalaTrail